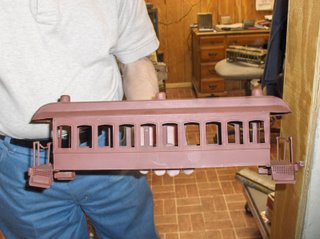 Here's a newly primed brand new Knobby Roof Daycoach. It's about time someone made some of these. This one is Jim Cohen's creation. There's just no other way to put it; it is really good to see these getting made.

String a few of these behind a Brass 1912 and you have one heck of a nice train. 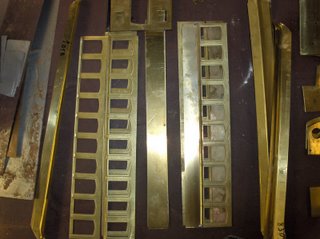 Here's some brass parts to make more daycoaches. Kind of a nice change from the old Blue Comet cars and 400 series passenger cars.

I'll take more pics when they get closer to getting completed. 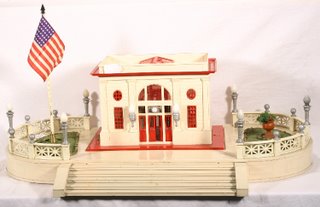 The NETTE Auction is up! It has some absolutely terrific standard gauge.

PS A few of you have asked me why I like NETTE so much. Well, they are honest, decent and they are one of the few auction houses that bothers to answer my questions and treat me like a human being. If they treat me well when I'm not buying anything, I know their service will be (and is excellent) when I do buy something.

Go check out the new auction....

Marc
Posted by Standard Gauge Blogger at 11:52 AM No comments: 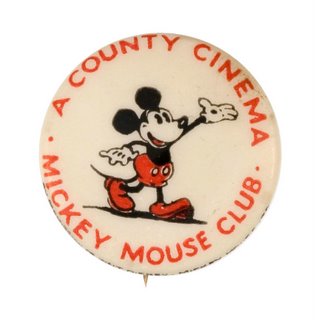 I am still here! Between work, writing the Mike Wolf article and general summer mayhem, I haven't had much time to post much of anything. I did post my new survey and I am interested to see how the results pan out.

The MTH article is tough. I want to make sure I get in as much info as I can, thus I am spending a ton of time pestering MTH for details. They've been very gracious about giving me information. Hopefully the article will prove interesting and worth the work...

A new NETTE auction is coming up. I just received the emailer from them. This is going to be one of their premium auctions, I am definitely

looking forward to it.

By the way, the above pin is from Hakes Collectibles. If you have never seen a Hakes auction or auction book, they are one of the best. Check them out.

Marc
Posted by Standard Gauge Blogger at 11:22 AM No comments:

Posted by Standard Gauge Blogger at 9:05 PM No comments: 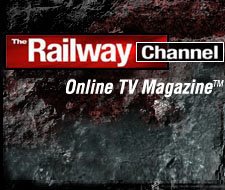 Yes, I know The Railway Channel has been discussed on the Groups and on other Blogs. This is just terrific. I can tell it is made by people that love trains.

Who knows, maybe if enough of us Yankees patronize this site, they'll come over here and do some of their mojo and film some of us train nuts in our natural habitat?

On another note, I watched the NETTE auction yesterday. The prices were outstanding. That means they were reasonable and completely in line with what we should or could pay for an item. I had a great time watching it on the web. There may be sensible people left that don't want to horde every train and don't jack up the prices on every auction! At least some nice trains got out there with some great collectors. Send me pics of those layouts!

Marc
Posted by Standard Gauge Blogger at 9:50 PM No comments:

Bits and Bobs of Tidbits....

Stout Auctions is rolling out another auction here. Not much major standard gauge but a few nice items. The NETTE Auction is also coming up. Both are being offered through eBay Live Auctions (a good thing I think). 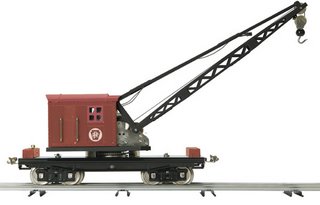 I ordered one of these. This is one heck of a neat item, I hope MTH keeps innovating. I've been working on my MTH interview. I just want to make sure I put together something better than ok; so I'm taking some time and doing it right. I gotta tell ya, that Mike Wolf has got real chutzpah and is one heck of an entrepenuer. I think the chronicling of his adventures is only at the beginning.

I've seen some interesting commentary on the forums about Lionel and how they seem to be missing the centennial of standard gauge. That's a mistake for them. I know this market is a niche, a niche that's lasted a hundred years. NASCAR and the UPS Centennial? That's not a niche? I read the O Gauge Trains interview with Jerry Calabrese and it looks to me like the secret to making Lionel successful is marketing and merchandising. Should be interesting; I know Jerry knows this market however I think Lionel still just doesn't get it. I couldn't find one O gauge engine I would go out of my way to own. The fact that they are not acknowledging standard gauge exists is short sighted at best.

I was checking out the Yahoo Standard Gauge Groups and I saw a little note about Jim's new layout. Click here to go see the beginning of a neat collection. Jim warns that his layout isn't for purists, he refurbs his gear. That's ok, it's still brilliant and I would also say his website his very well thought out as well.

By the way, I was in New Jersey this weekend at the shore. Got a few rides on this - 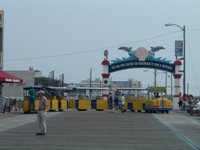 This would look neat in model form on any layout. For those of you that live out in the Western US or in another country, I highly recommend a trip to Wildwood, NJ. It was a little warm but there's tons to do and riding the tram is 2 bucks.