So I was kind of excited to see the 2013 MTH Tinplate catalog that was prepared for the York, PA.  Typically this is when MTH does their intros.  And at the moment, they are really the only major (or even minor) producer of toy trains in this category.

While really all of the trains in the catalog are existing product that MTH is building upon, I wasn't disappointed.  Most of the old favorites are there: 400e's, Flying Yankees and so on.  But I really liked MTH's use of paint schemes combined with a few of their newer offerings.  Such as this:

Smart.  Very smart.  An original brown state set is still pretty expensive and I can guarantee this will be a head turner.  The colors have been timeless, I know of no person that will turn away a brown state set, new or old.  And a Brute pulling state cars is just really fun to watch.

I also liked this kind of treatment as well:

Again, not terribly cutting edge but a really catchy paint scheme that will probably drive me to buying this set.  I have no attachment to Great Northern at all but I am intrigued by the color combination and I have seen boxcab electrics that are fairly close to this in prototype form.

As an aside, one encouraging development that MTH has snuck into this catalog (and I've seen before) are the 700 series passenger cars.

These could be modified quite easily to be a Hudson Tube Train or even a 10 Interurban.  Both of which would be almost instant purchases for me.  New 700 series cars are compelling as well just because there are many, many out there however the original Lionel articles were almost always played with and have seen aggressive paint wear.

So is this new catalog earth shattering?  No, not really.  The Brutes and Super 381's were a pretty big deal in my mind.  And the Brute is ushering in  some interesting new ideas like the LCCA Goliath and cars: 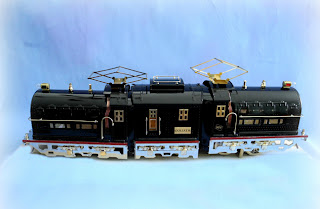 The Goliath and Prospector are both reasons alone to join the LCCA (forgetting for a minute that it is a great organization to be a member of as well).

Here's a picture of the Prospector: 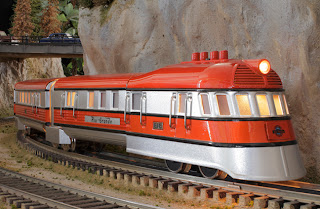 It's a very nice Flying Yankee type of set if you don't have one already.  I'd still very much like to see a Zephyr/Yankee in Standard Gauge.  I'd also like to see quite a few other products in standard gauge as well (Challengers, a true Hudson, the aforementioned Hudson Tube Train and 10 Interurban/1010 trailer, subways, 20th Century Limited and so on).

So is this a solid catalog?  Well, yes.  And don't let it fool you, Protosound 3.0 is a pretty cool technology that will be sneaking onto your layout one way or another.   Yes, I know most of you vomit at the thought of NOT using a departure motor or at least something that smells like ozone and has an E-Unit.  Just consider this though (it's an idea, not a final thought!): Protosound tech has been out in the marketplace for some time and is getting a bit more ripe.

It can no longer be considered an "early adopter" type of product.  I have been using it since day 1 and it has come a long way from its' beginnings.  There is so much it can do that still hasn't really been tapped.  I love 100 year old (plus) technology but the new stuff isn't bad either, especially Protosound and the like.

So it is worth a look and I am anxious to see the products once they start to leave the pages and find their way into the marketplace.  I hope MTH can cut the time to market a bit so I can start to make one or two procurement decisions for my Eastbound passenger service!

A little standard gauge from a collection in Greiz, Germany.  Thank you Michel for the pics!  If you have any from Switzerland, please forward as well.  PS Lots of folks in the US like Marklin and all of the other major European manufacturers as well!  Please send if you have them (especially if they are old!!!). 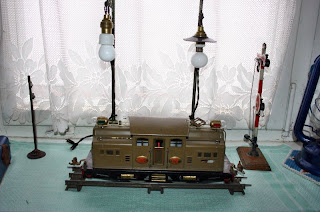 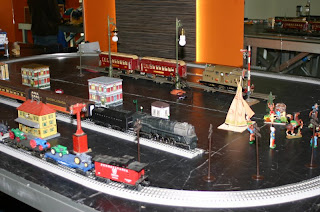 Guess where I'll be with a camera!  Ok, now everyone knows about it!  Who is going? 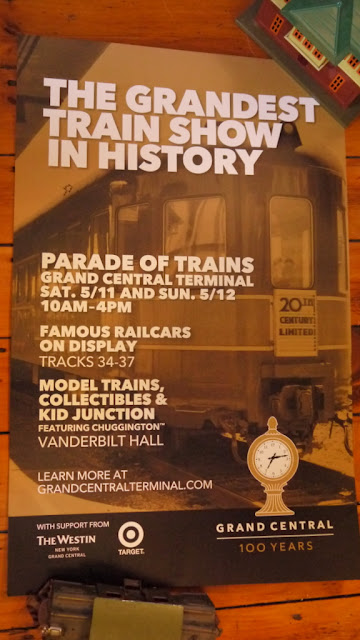 As you can probably tell, I spent some time in Chicago this week.  I stopped by the real Zephyr to go inside and check out the train set itself.  I see why this has been reproduced so many times.  It is just gorgeous in person.  This really is a spectacular train by any measure.  If you have not been to the Museum of Science and Industry in Chicago, just this alone makes it worth the visit.  By the way, they also have a pretty nice train display there (with trolleys and some great reproductions of classic trains) as well as a huge O gauge layout.
Oh yes... And who can forget the "L". 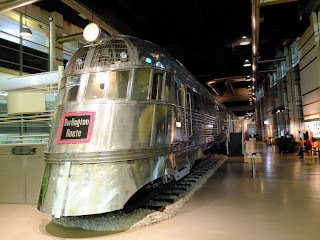 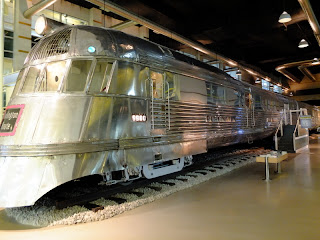 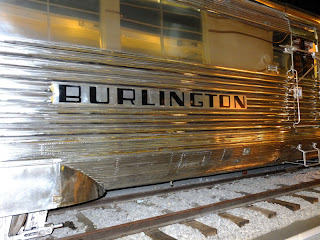 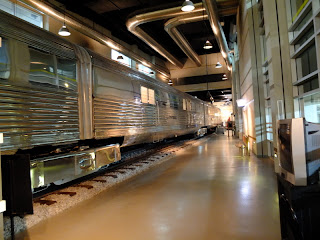 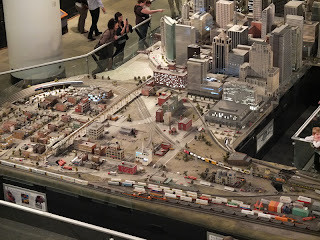 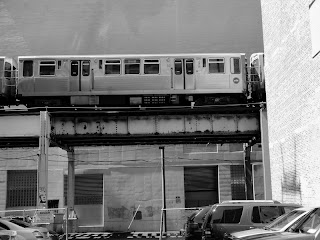 MTH is putting their tinplate catalog up online just before York.  April 18, 2013.  I do hope MTH can break out a little bit and do some "re-inventing".

Here is the link: